When an employee is injured on the job, workers’ compensation insurance provides financial benefits and assistance with getting back to work. In some cases, however, a worker may intentionally disregard safety protocols or even the direct instructions of their supervisor, resulting in an accident that injures them. These instances are known as willful misconduct or willful negligence claims.

A claim of willful misconduct by a worker may be made when they act in a reckless manner that results in an injury. This can include doing something specifically prohibited by their employer or disregarding direct instructions from management. It might also occur if a worker falsifies documents, endangers others, or does anything that demonstrates the intentional disregard for the safety of themselves or others based on their understanding of the risks involved. Because these actions demonstrate a conscious disregard for the consequences of their behavior, many states have laws regarding workers’ compensation willful misconduct claims.

What Is Considered Willful Misconduct?

It’s important to note, however, that a worker’s willful misconduct can only be shown if the worker intentionally engaged in their behavior and there are no mitigating factors such as negligence, ignorance, or mistaken belief about the appropriate safety precautions.

How Is Willful Misconduct Determined?

Each state has different laws regarding how willfully misconduct is determined. It’s often based on a finding by a judge, but can also be decided by an administrative law judge, an insurance adjuster, or a hearing officer. In some cases, a worker may appeal a finding of willful misconduct, so the process may be more drawn out.  The determination of willful misconduct is often based on the facts of the situation. In some cases, it’s also determined by a worker’s intent at the time the incident occurred. For example, an accident caused by an employee who was not aware of the risks involved can be treated differently than one committed with awareness of the risks involved.

The following are examples of factors that may be considered when determining whether an incident was due to willful misconduct. It’s important to note that while these factors are common, they may not be used in every case. In some cases, it’s also possible that other factors may be taken into account.

Penalties for a Finding of Willful Misconduct

Depending on the extent of the willful misconduct, an employee may face fines and other penalties. In some cases, they may be charged with a criminal offense, such as fraud or assault. In others, they may be charged with a lesser offense, such as a misdemeanor or violation. An employee may also face a civil lawsuit from the employer if they’ve been injured as a result of their behavior. In some cases, other employees may also be able to file a lawsuit against the willful misconducting employee for damages.

Call to Get a Quote for Workers Compensation Insurance

The intention of workers’ compensation is to provide financial assistance to employees injured on the job. However, it’s important to remember that employees must follow the rules and procedures, including safety protocols, of the workplace. If an employee is found to have committed willful misconduct, they may lose the right to workers’ compensation benefits. 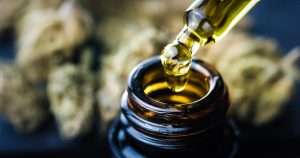 ARE YOUR CANNABIS PRODUCTS MORE POTENT THAN ALLOWED?

Potency is a serious liability for the cannabis industry, especially if your product labeling is incorrect and the dosage turns out to 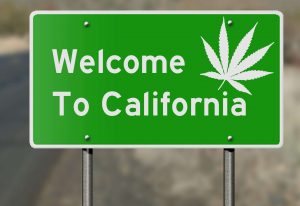 What Do Different Types of CA Cannabis Surety Bonds Cost?

As one of the states leading the path to federally legalized cannabis in the US, California’s cannabis regulations set the tone for 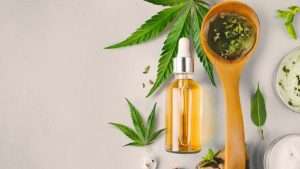 HOW CANNABIS PACKAGING IMPACTS YOUR LIABILITY

WHAT YOU CAN DO TO PROTECT YOUR BUSINESS The cannabis industry is fraught with liability for business owners: changing regulations, counterfeiting, compliance,

Get A Free Quote